by Chris Azzopardi
(Chris Azzopardi is the Editorial Director of Pride Source Media Group and Q Syndicate, the national LGBTQ wire service. He has interviewed a multitude of superstars, including Cher, Meryl Streep, Mariah Carey and Beyoncé. His work has also appeared in The New York Times, Vanity Fair, GQ and Billboard. Reach him via Twitter @chrisazzopardi. The following editorial appeared in the September 13, 2022, issue of Between The Lines, based in the Detroit area.)

Just before an important panel at the NLGJA: The Association of LGBTQ Journalists convention focused on telling stories related to the transgender community, I was incredibly proud to watch one of our star reporters, Ellen Shanna Knoppow, walk up to the stage to accept this year’s NLGJA Award for Excellence in Transgender Coverage for her well-deserving story, “How Two Detroit Ballroom Godmothers Made Sure VICE Got the Whole Story About Murdered Trans Woman Kelly Stough.”

While honoring Ellen, Bethany Grace Howe, an at-large director at NLGJA, noted that this year’s awards submissions included more trans-focused entries than ever before. For ours to be honored among the many submissions is, for myself and my team, a big coup, certainly. It’s something that, as editorial director, I am very proud of. But more than that, I was and am heartened to know other media of every kind, from queer niche to mainstream giants, are also amplifying the voices of our underserved transgender population.

In early 2021, when I entered my new role as editorial director at Pride Source, I didn’t just want our media company to meet the moment in covering populations within our LGBTQ+ community that I think have gone neglected for too long, but to go beyond.

I wanted Pride Source and Between The Lines to cover the transgender community, especially transgender people of color, with noticeable intent, from reporting on human rights issues affecting the trans community to showcasing, simply, trans people living their daily lives, be it Toni Mua, the first openly trans woman of color to run for state legislature in Michigan, or Brian Michael Smith, the first Black trans man to be a series regular on TV.

My reasons were many, but particularly so that young trans kids could see themselves reflected in our pages. I wanted that because, when I was a gay kid, I saw myself in these pages too. And while I’m glad that NLGJA noticed, my hope is that mainstream media is noticing as well. LGBTQ+ media, after all, have historically led the way on reporting on issues affecting our community.

Of note is that the NLGJA award marks the first time ever, in its 30-year run as a media outlet, that Pride Source Media Group, owners of Between the Lines, has received an award from the esteemed organization. Though it was my aim to prioritize trans stories as soon as I had the opportunity to oversee all of our editorial content at Pride Source, winning this award — and alongside major outlets such as the New York Times, USA Today and the Los Angeles Times — was never a perceived outcome during the first year of my leadership at Pride Source.

I’m honored to have even the slightest hand in Ellen’s powerful and now award-winning story, from idea to conception, as an editor, along with the sharp edits of our assistant editor, Sarah Bricker Hunt. Ellen’s story is rooted in the very humanity in which I want our team to continue to tell these vital stories of trans lives.

It’s just one of many ways I believe Pride Source, through continuing to tell your impactful stories and documenting our history, can continue to make considerable change for a community that I love and care about. 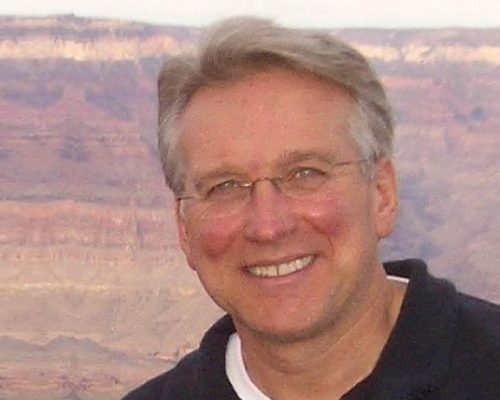