Skip to content
by Fred Kuhr
The owner of Watermark, based in Orlando, Fla., has created a film company, with plans for a documentary called “Greetings From Queertown: Orlando” already in the works.
Watermark Film Company was launched by Watermark Publishing Group owner Rick Claggett “as a way to create, produce and distribute films that inform and educate audiences on the LGBTQ experience,” according to a press release.
Already, the film’s first trailer was unveiled at a private fundraising event at in Orlando over the summer. 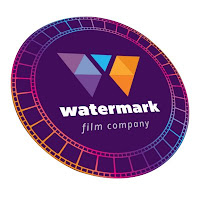 “Greetings From Queertown: Orlando” will look at Orlando’s LGBTQ community from its early beginnings to its place in one of the most progressive cities in the U.S., according to the company.
“In the wake of Pulse, this community came together to be ‘Orlando Strong,’” said Claggett. “But I wanted to know, where did this story begin? Who were the pioneers? This documentary will answer those questions.”
“Greetings from Queertown: Orlando” looks to explore the pivotal moments in Central Florida’s LGBT story. Events in the film will include the launch of the LGBT+ Center of Central Florida, the early days of the HIV/AIDS epidemic in Orlando, the beginning of Gay Day at Magic Kingdom, the first LGBT Pride parade held downtown and the tragedy at Pulse.
The documentary will film these stories as told by Orlando’s LGBTQ leaders, innovators, activists and entertainers who lived it, according to the company.
“The idea originally started when I saw the ABC miniseries ‘When We Rise,’” said Claggett. “After watching that show I thought, ‘Who were the people on our frontlines here in Central Florida fighting for LGBTQ rights and equality?’”
The film’s trailer features interviews with Orlando City Commissioner Patty Sheehan, drag performer Darcel Stevens, Watermark founder Tom Dyer, and Florida House Rep. Carlos Guillermo Smith.
While “Queertown” is Watermark’s first film endeavor, producer and director Sandi Hulon has been working in video production for 15 years. Claggett said the company will continue to use film as a medium to tell stories. “We’ve been a part of telling the story of this community forever, it’s just logical that this is the next progression in it. It’s the future of what we do,” Claggett said.
The film is now in its fundraising stage, according to Watermark, with a goal of raising $200,000. Perks include a Facebook thank you post, a digital download of the film or VIP seats at the film’s premiere.
There currently isn’t a release date, but Claggett said he’s hoping to debut it at a film festival within the next year.
For more information on “Greetings From Queertown: Orlando, go to GreetingsFromQueertown.com.
IN THE NEWS
Volume 20
Issue 8