Skip to content
What’s happening at your publication? Let us know. Email editor Fred Kuhr at editor@presspassq.com
COMPETE, the sports magazine based in Scottsdale, Ariz., entered its 12th year of publication with its January 2018 issue. 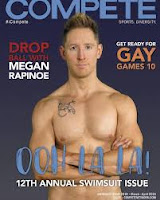 FENUXE, based in Atlanta, debuted a new advice column called Ask Daddy, where “anonymous Daddy supreme” explains how to handle kink.
GED MAGAZINE, based in Long Beach, Calif., published its inaugural “Bound & Back” issue in March 2018, a review of the leather scene on the West Coast over the past year.
GEORGIA VOICE, based in Atlanta, entered its ninth year of publication with its March 2, 2018, issue.
GOGUIDE, based in Iowa City, Iowa, was placed on hiatus on March 1. The publication will resume under GOGUIDE MEDIA on September 1 with its campus issue.
ROB KOHN, a reader of the WASHINGTON BLADE, won a contest sponsored by the newspaper to serve as guest ringmaster of the Big Apple Circus. The circus stopped in D.C. on March 17 and that evening’s performance was branded as “Blade Night.” 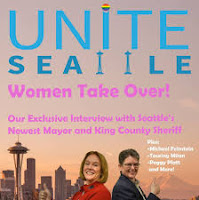 METRA, based in Madison Heights, Mich., celebrated its 39th anniversary with its March 28, 2018, issue.
OUT & ABOUT NASHVILLE entered its 17th year of publication with its January 2018 issue.
PRESS PASS Q, the only trade publication for those working in LGBT media, entered its 20th year of publication with its April 2018 issue.
UNITE SEATTLE published its premiere issue, dated March/April 2018. It is to be published bimonthly.
WORLDNOMADS.COM has released a “map of (in)tolerance,” revealing which countries are potentially danders for LGBT travellers because of legal status and societal attitudes. The color-coded map is designed to help LGBT travelers make informed decisions about where to go. You can see the full map at https://cdn.worldnomads.net/Media/Default/in-the-news/gay%20tolerance%20map%20wn.jpg
TRANSITIONS AND MILESTONES
Volume 20
Issue 1

Elder issues on the radar of some LGBT media