Skip to content
by Joe Siegel
San Diego’s LGBT Weekly has suspended its print edition, but its web site continues to operate.
Publisher Stampp Corbin explained he made the decision for personal, not financial reasons. Corbin now lives in Los Angeles, where he has returned to the health care field after a long absence.
“I didn’t even make a real effort to sell [the publication],” Corbin said, noting the fate of LGBT Weekly – which celebrated its seventh anniversary in its December 7, 2017, issue – remains in limbo. 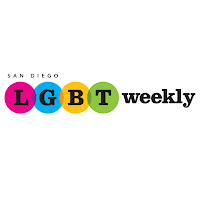 Publishing a newspaper came out of the work he was doing for the Obama presidential campaign in 2007. Corbin served as campaign co-chairman for LGBT issues.
While his decision was not financial, Corbin acknowledged the difficulties of running an LGBT publication in the digital age. “You need to be actively involved,” Corbin said. “You need print in order to survive. That’s where the money is.”
LGBT Weekly’s website is getting 50,000-100,000 visitors a month, Corbin noted. “From an economic standpoint, if I was going to close down print, then you really can’t be a viable Internet business with that kind of traffic,” he added.
“When the Gay & Lesbian Times [based in San Diego] closed due to the untimely death of its publisher Michael Portentino, two titles took its place,” noted Todd Evans, CEO of gay media company Rivendell Media (and publisher of Press Pass Q). “I am not sure the local economy had enough resources to accommodate two titles from one, with both really starting from the ground up.”
However, Evans remains positive about the future of LGBT media in the market. “San Diego does have a strong LGBT community and so perhaps now they can rally around the remaining titles for each of them have their own editorial directions and are at this point seasoned organizations.”
IN THE NEWS
Volume 19
Issue 11