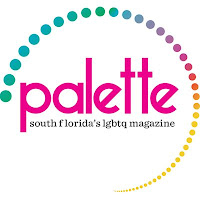 “After three years, it’s incredible to think that this is the last issue of Palette,” the magazine wrote to readers. “… Having started with so many lofty goals and riding a wave of exhilarating national milestones, we’re sad to see it all end.
In December 2016, Palette announced a partnership with the Miami-Made Gay and Lesbian Chamber of Commerce. The organization’s Clarity Business Magazine was to be published inside of Palette in three of its six editions – February/March, June/July and October/November. Other issues featured several pages on the Chamber’s programming, initiatives and market outreach.
“The Miami-Dade Gay and Lesbian Chamber of Commerce has been an exceptional partner, collaborating on the demanding but deeply rewarding responsibility of publishing a magazine that wanted above all to be inclusive of everyone within the LGBTQ community,” readers were told. “This may be our last issue, but we are grateful to have gotten a chapter in this dazzlingly beautiful community’s ongoing story.”
Todd Evans, CEO of gay media company Rivendell Media (and publisher of Press Pass Q), noted that while Palette was a “lovely” magazine, “The success of LGBT media really starts with its connection to the LGBT community. Miami and then South Florida have a number of quality LGBT owned and operated publications that have strong ties to the local LGBT and mainstream community for many, many years and really do a fine job. It is no surprise a mainstream company was not able to make the connection needed to maintain a strong local advertising base to ensure its success.”
TOP STORY
Volume 19
Issue 11