Skip to content
Interview with Publisher and Executive Editor Tracy Baim
by Joe Siegel
Geographic coverage area: Chicago and its suburbs
Year founded: 1985
Physical dimensions of publication: 10.5” x 14”
Average page count: 32-40
Print run: 10,000 weekly
Web site: www.windycitymediagroup.com, average 115,000 unique monthly visitors
*****
PPQ: What feature or features of Windy City Times have been the most popular with readers?
Baim: This varies a lot, but if a high-profile local LGBT person dies, we often are the only one to write a story about their passing, and those then receive extensive website views. It’s the same with other breaking news. But celebrity interviews, local and national, are also always popular.
PPQ: Who came up with the name and what is the inspiration for it? 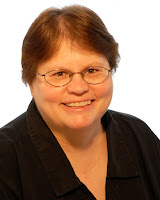 Baim: Windy City Times was founded by former staff of GayLife newspaper in 1985. Jeff McCourt, Bob Bearden, Drew Badanish and myself were the co-founders. I am not sure who came up with the name, but it was probably Jeff. He wanted something that did not have gay in the name. I was against this, but 30 years later the name has certainly stuck, and also it’s good it is not just “gay” something because of the “LGBTQ” we now use as a community.
PPQ: What challenge has your publication had to overcome in the last 30 years?
Baim: It is always a struggle to get mainstream and even gay-owned businesses to see the value in LGBT media. We have some of the most loyal readers, but somehow, they continue to stereotype the market even though it is a proven entity.
PPQ: What challenge or challenges is Windy City Times facing now?
Baim:  As the media world changes, we are constantly making sure to keep on top of new trends in publishing.

PPQ: How has the publication changed since it was first launched?
Baim: We now have the web to break stories on a daily basis, and to fit far more content weekly than we can in the print edition. So the print edition has evolved to respond to the web, and the changing way the mainstream media covers the community.
PPQ: What one change would you like to make?
Baim: If we had more financial resources, I would add more full-time reporters.
PPQ: What has been the biggest news story you’ve covered in the last 30 years?
Baim: There have really been too many to just say one. The overall 30-year coverage of AIDS in this community certainly is the most impactful series of stories. The Marches on Washington have been amazing to cover. Interviewing Barack Obama in 2004 when he was running for U.S. Senate is incredible to look back on, plus interviewing Mayor Harold Washington in the 1980s.
PPQ: On the Kinsey Scale of 0-6 [exclusively straight to totally gay], how gay is your publication?
Baim: I would say we are a 5, because we definitely cover some straight entertainment and news.
PPQ: Do you see yourself as an “activist journalist”? If so, in what way?
Baim: I see every journalist as having a point of view, whether they admit it or not. My point of view is that LGBT is OK, but that there are both good and bad things within the LGBT community. I step away from being a journalist on big-picture issues because as a citizen I can’t just sit by and only be an observer. But that then also translates to me being able to do a better job as publisher, with expanded sources and connections.
PPQ: What’s the most surprising feedback you’ve received from a reader?
Baim: I hear from a lot of people who tell me that 20 or 30 years ago, when they were teenagers, they would sneak out to find a copy of Windy City Times, and how important it was in their early years. The fact that they remember those moments so long ago is very amazing to me. It motivates me for the youth of today.
PPQ: What advice would you give to anyone who may want to launch their own GLBT publication?
Baim: Today is a very different world for all media. I can’t imagine starting a print publication today; it would have to be online only. But then, the revenues are very difficult to find online. So I am not sure it has ever been easy doing alternative media, so just dive right in and learn as you go!
PRESSING QUESTIONS
Volume 17
Issue 11