A North Carolina-based LGBT publication has a new mission statement — one that opens the biweekly’s gay lens to non-LGBT-specific social justice issues.
Adopted late last fall, the revised mission statement reads: “The focus of Q-Notes is to serve the LGBT and straight ally communities of the Charlotte region, North Carolina and beyond, by featuring arts, entertainment, news and views content in print and online that directly enlightens, informs and engages the readers about LGBT life and social justice issues.”
During a recent telephone interview, editor Matt Comer explained the wider lens, saying both the state’s political landscape and the LGBT community have changed since the publication’s founding in 1986.
“In the 1980s and 1990s, the [LGBT] community was very much focused on organizing itself, becoming a community,” he said, “at the same time trying to fight for simple recognition of our existence in the cities and towns across the state.”
By and large, “the community has done that” and more during the last couple of decades, Comer added, pointing to “every major city in the state” having “at least sexual orientation included in policies or ordinances, with many although not all [also adding] gender identity.”
So now as “the community is in the process of expanding its issues and interests, we think it’s incumbent upon the newspaper to reflect those changes and report on those changes,” he said. 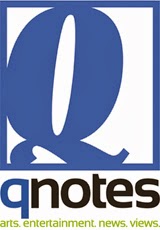 Equally important, the mission statement’s change needs to be put in the context of North Carolina’s current “political and cultural environment,” Comer said, namely the GOP taking back the legislature in 2010 and voters’ electing the first Republican governor in several decades.
“There has been a significant progressive response to that,” he said, with LGBTs aligning with other minorities, including African Americans and Latinos.
Previously, “We had our own [various] community issues but were dealing with a “fairly friendly Democratic governor,” along with similarly sympathetic judicial and legislative branches of government. “When that changed, [LGBT, African American and Latino] communities could no longer be siloed,” he said.
What are some non-gay specific issues that intersect with LGBT issues?
In a Nov. 8 Editor’s Note, Comer discussed a number of those social justice concerns:
“Issues like employment discrimination affect not only LGBT people for their sexuality and gender alone; LGBT people of color continue to face disproportionate job discrimination and unemployment. Healthcare reform and access to affordable, safe health care has been made a partisan issue between Republicans and Democrats, but it’s an important issue particularly for transgender people, low-income people and people of color. Controversial issues like immigration, too, have connections with the LGBT community, as LGBT youth are separated from their families and other LGBT immigrants are deported back to their hostile homelands or face a local community with little resources for them.
“As a community, we are learning that to work for equality means to work for all. LGBT organizations — and, yes, even LGBT media — can begin to broaden their work to include a wide range of issues and a diversity of people. It’s the only way our community becomes stronger.”
To gauge reader interests further, the publication posted an online survey, asking what kinds of issues — health care, poverty, homelessness, education, mental health, crime and criminal justice — merited coverage.
The survey also asked about gay-specific concerns, namely marriage equality, employment discrimination and national LGBT politics.
Respondents were asked to rank in order of increasing importance on a scale from 1 to 5.
The survey included questions about arts and entertainment coverage, too.
“The non-LGBT issues ranked just as high, though not as highly as the LGBT issues,” said Comer. “So our readers are just as interested in those issues as well.”
What else did Comer learn about the readership?
“Our readers are overwhelmingly Democratic or progressive,” said Comer. At the same time, “they wanted more entertainment.”
An LGBT news, arts and entertainment publication, Q-Notes is based in Charlotte. The 24-page print issue (8,000 copies) is distributed throughout small-to-medium-sized cities and towns in the state including the greater Charlotte metro area, Raleigh, Greensboro, Winston-Salem, Durham, Chapel Hill and Carrboro.
The newspaper bills itself as “the largest and most trusted source of news, politics, opinion, entertainment, art, lifestyle, community events and more for LGBT North Carolinians and South Carolinians.”
Comer said he looks forward to the new ways the newspaper will cover “intersectional oppression,” or how social justice issues intersect with the movement for LGBT equality.
For example, “We ran a feature about employment issues within LGBT people of color in low-income communities,” which included “interviews with advocates working to address that,” he said. The inspiration for the story (http://goqnotes.com/27547/lgbt-people-of-color-transgender-workers-face-obstacles/), Comer said, “stems from a recent Williams Institute study that showed LGBT people of color are far more disadvantaged when it comes to work opportunities.”
IN THE NEWS
Volume 15
Issue 12