Skip to content
What’s happening at your publication? Let us know. Email editor Fred Kuhr at editor@presspassq.com.
THE ADVOCATE released its annual Year in Review issue on November 11, 2016, a retrospective look at a collection of events from this past year that have impacted our society in a variety of ways. For 2016, The Advocate dedicates the title of “People of the Year” to the heroes of Pulse and features Angel Colon, one of the survivors, on the cover of the December/January issue.
CAMP, based in Kansas City, Mo., launched its new website camp.lgbt in August 2016.
GO GUIDE, based in Iowa City, Iowa, published its premier issue earlier in the fall of 2016. Its newly launched website is GoGuideIowaCity.us.

OUT Magazine celebrated its annual OUT100 Gala in New York City on November 10, 2016. The OUT100 print issue will be available on newsstands November 29, 2016. The annual list honors the year’s 100 most compelling LGBT individuals across entertainment, sports, politics, media and the arts, highlighting their impact and accomplishments. For 2016, the OUT100 cover stars include Entertainer of the Year Ellen DeGeneres, Artist of Year Tom Ford, Legend Tracey Norman and Breakout of the Year Javier Muñoz. In addition, this year’s portfolio pays tribute to the heroes of Pulse Nightclub and the record-breaking number of LGBTQ staff members at the White House, as well as out Olympians from the 2016 Rio Games.
OUT & ABOUT NASHVILLE was certified as an LGBT Business Enterprise by the National LGBT Chamber of Commerce (NGLCC) and its Nashville affiliate in September 2016. With its certification, the newspaper joins a handful of other local businesses in getting access to NGLCC resources as well as networking and educational opportunities. 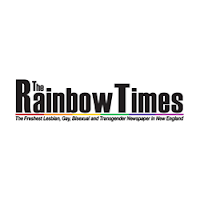 THE PRIDE, based in Los Angeles, celebrated its first anniversary with its October 7, 2016, issue.
THE RAINBOW TIMES, based in Boston, celebrates the 10th anniversary of its soft launch version (online only) of the publication, back in November 2006. Ten years ago, The Rainbow Times launched its online website for the very first time out of Northampton, Mass. Now, the newspaper serves all of New England in print and reaches national and international readers through its website, its social media platform, and its events. Its audience has amassed almost 27 percent of its readers from POC communities and its coverage of these marginalized sub-cultures within the LGBT community, a fact that has been deemed critical to its success.
WINDY CITY TIMES, based in Chicago, entered its 32nd year of publication with its September 28, 2016, issue.
TRANSITIONS AND MILESTONES
Volume 18
Issue 8