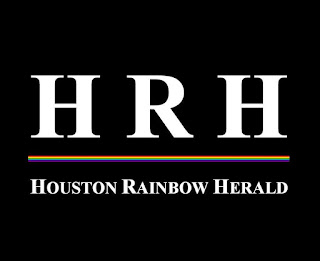 PPQ: What feature or features of Houston Rainbow Herald (HRH) have been the most popular with readers?
Editor Johnny Trlica: Stories of local interest mostly, such as bar closings/openings, lifestyle stories like bears and twinks, and sex advice and style columns.
PPQ: Who came up with the name and what is the inspiration for it?
Trlica: I did. I wanted it to reflect the locale, be identified as an LGBT website and wanted to “herald” our accomplishments as well as bring readers news topics of interest and importance. It’s an old newspaper term as well.
PPQ: What challenge has your publication had to overcome since its inception?
Trlica: Finding readership and time to engage sponsors. We are pretty much a two-man operation with both of us having full-time jobs other than HRH.
PPQ: How has your publication changed since it was first launched?
Trlica: The format has changed. It was originally modeled after Huffington Post but is now more of a blog format.
PPQ: What one change would you like to make?
Trlica: Add a photographer to cover local events
PPQ: What has been the biggest news story or stories you have covered?
Trlica: We reported that a gay bar that was an institution had been sold. After verifying through several reliable sources, we ran the story that the 611 Pub had been sold. After some heated backlash from some in the community, we were proved to be accurate in our reporting.
PPQ: On the Kinsey Scale of 0-6 [exclusively straight to totally gay], how gay is your publication?
Trlica: 5. We also run stories that are not of gay content but our readers will be interested in such as local restaurant openings and closings, politics, and movie/TV news.
PPQ: Do you see yourself as an “activist journalist”? If so, in what way?
Trlica: Yes. I pride myself on promoting our community and exposing those who would do us harm. In addition to HRH, I write a column for a print publication (Houston-based Montrose Star) that recaps recent big stories.
PPQ: What’s the most surprising feedback you’ve received from a reader (or readers)?
Trlica: Accused of “yellow journalism” for the story about the 611 Pub.
PPQ: What advice would you give to anyone who may want to launch their own GLBT publication?
Trlica: Have a desire, do it for the love of it and don’t expect to get rich.
PRESSING QUESTIONS
Volume 18
Issue 7