Skip to content
by Joe Siegel
Los Angeles-based Frontiers magazine has suspended publication due to the financial problems of its parent company, Multimedia Platforms Worldwide (MMP).
On October 4, the company, based in Fort Lauderdale, Fla., filed for Chapter 11 bankruptcy before the United States Bankruptcy Court for the Southern District of Florida.
According to the Washington Blade, Multimedia Platforms Worldwide states in its bankruptcy petition that its estimated assets are less than $50,000 and its estimated liabilities exceed $1 million and could be as much as $10 million.
The bankruptcy filing comes just under two weeks after its largest creditor filed a lawsuit against MMP in Boston, accusing it of defaulting on a $1.75 million loan agreement and engaging in “fraudulent” and “negligent” misrepresentations in the information it provided to secure the loan.
The creditor, White Winston Select Asset Funds LLC of Boston, requested and received from a Suffolk County, Mass., Superior Court judge a temporary restraining order and preliminary injunction seizing all of MMP’s assets. The lawsuit shows that the terms of the loan called for the company to put up virtually all of its assets as collateral for the loan.
Late last month, MMP laid off staff at Frontiers and four of its other publications, including Next magazine, which serves New York City, and Florida Agenda.
Frontiers has served Southern California’s LGBT community for 35 years. 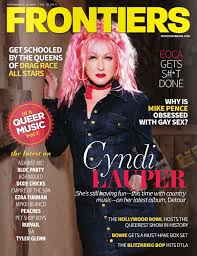 According to MMP CEO and founder Bobby Blair, a court order had been issued seizing his assets, as well as a restraining order “prohibiting the company from distributing any cash or any other assets of the company.” The staff of Frontiers will likely not be paid until the suit is resolved.
The bankruptcy filing was expected to give MMP a reprieve from the seizure of its assets and its impending default on numerous loans from other creditors based on an “automatic stay” on collection activities brought about by a Chapter 11 bankruptcy filing.
South Florida Gay News has reported over the past several months that MMP has reported in its own financial statements filed with the U.S. Securities and Exchange Commission that it was faced with serious and possibly insurmountable financial problems. The company also billed itself as the nation’s only publicly-traded LGBT media company.
Ironically, Blair had boasted of the company’s success in a March 2016 press release: “Today, we own five publications encapsulating a readership of nearly 7.5 million, 4.8 million unique visitors annually and over 200,000 social media followers.”
Frontiers has suffered financial turmoil before. In March 2013, the publication filed for Chapter 11 bankruptcy, and the following year it was purchased by Michael Turner, who aimed to expand the magazine’s reader base and increase its digital presence. Despite these goals, Frontiers continued to struggle and was sold again in 2015, this time to Blair.
Although Blair had stepped down as CEO four months ago, according to an SEC filing on June 30, which covered the six-month period when he was actively at the company’s helm, MMP “recognized net revenue of $1,459,168 and a net loss of $4,698,798 and had negative working capital of $5,518,237.”
MMP has had other legal troubles as well, with a lawsuit filed against it earlier this year by another Florida publisher alleging violation of a no-compete agreement by a former employee hired by the company.
And Karen Ocamb, the longtime Frontiers news editor, filed a complaint of age discrimination with the Equal Employment Opportunity Commission after the magazine let her go in February.
TOP STORY
Volume 18
Issue 7