Skip to content
by Mark Segal
Mark Segal, publisher of Philadelphia Gay News (PGN), is the nation’s most award-winning commentator in LGBT media. His best selling memoir “And Then I Danced, Traveling the Road to Equality'” is available at amazon.com, Barnes and Noble.com or your favorite bookstore. 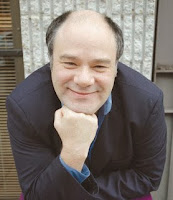 Last Friday, I attended a meeting of the National Gay Media Association, an organization of the publishers of the LGBT legacy publications. At one point when we came back from a break, Lynn Brown, publisher of The Washington Blade, asked all to rise but me. She then asked all the other publishers to toast me and PGN on our 40th anniversary.
Being honored by the best in LGBT media brought me chills, and brought back a rush of memories. Today, PGN is the most-awarded LGBT publication in the nation. Now, it seems we win praise and honors wherever we go, but 40 years ago …
Our very own community didn’t believe a professional news publication was possible for us, and the mainstream media organizations refused us membership. We had very little money. Most businesses didn’t want to see their names in our paper, so they didn’t give us financial support. The white supremacist magazine “Thunderbolt” put us on its hit list. It was routine for us to get death threats, and one night a homophobic neighbor broke into our $1-a-month rental office and tore out our electric wiring and what little plumbing we had. When we put vending boxes on the street, they were bombed, cars ran into them and the doors where torn off, but Don Pignolet, our distribution manager, never allowed anyone to get the best of us. Don, who is still with us, has that PGN spirit; nothing will deter us from our original mission.
That mission is simple: to be a source of information and platform for discussion of all sides of all issues in our community. That has been trying at times when you have to report on homeless LGBT children, hate crimes, murders and the toll that discrimination plays on individuals and families. It was never tested more than when HIV/AIDS emerged in the 1980s and we were writing about our very lives, how we were treated by the establishment and how we reacted as a community.
This newspaper is as great as it is due to one factor: the talented and dedicated people who are its family. When new employees join PGN, they quickly pick up the spirit that this paper was founded on. And each of them somehow along the way finds that spirit that Don found. They have all become part of a family that delivers a newspaper to you each week that is committed, as our slogan states, to honesty, integrity and professionalism.
GUEST COMMENTARY
Volume 18
Issue 1