It is neither a print publication nor a web site nor a blog. “It’s a paperless magazine that you read on your iPad.” ManAboutWorld’s articles give “insider’s information on the most popular destinations and information to travel far beyond them.”
And so it goes during a short online video explaining the benefits of the gay men’s travel magazine’s “digital canvas.” Launched in 2012, ManAboutWorld “made a big bet on the future,” said founder Billy Kolber recently over the telephone, referring to the expected sale of tablets globally, which he said, are expected to exceed that of personal computers. (That trend was noted by the Framingham, Mass.-based International Data Corporation, in a Sept. 11, 2103, press release titled, “Tablet Shipments Forecast to Top Total PC Shipments in the Fourth Quarter of 2013 and Annually Trend by 2015” https://www.idc.com/getdoc.jsp?containerId=prUS24314413.)
“When you think about what a magazine is, divorced from the paper it’s printed on,” then the iPad is “really the ideal platform for delivery of that same kind of immersion — inspiring and entertaining content that magazines have provided on paper,” he said, even though ManAboutWorld “is looking at other alternatives for delivery,” such as PDFs.
And yet, “the growth of tablets has been so strong,” Kolber said, adding that there’s no need to “worry about back-adapting to old technology.”
So far, so good. ManAboutWorld publishes 10 issues a year, with the months of January/February and July/August combined.
Already, the publication has 3,000 subscribers, with many more viewers buying individual issues.
A key metric for ManAboutWorld, he said, “is how many people have downloaded the app.”
The ManAboutWorld App is available for free from the App Store on iPad, or at www.itunes.com/appstore. Annual Subscriptions are available for $39.99 via in-app purchase (10 issues) and single-issue copies are available for $7.99. A free-trial issue is available with the annual subscription option.
Currently, there are 17,000 users from 100 different countries, said Kolber. “We were global immediately upon our launch.”
Altogether, ManAboutWorld counts 1,000 downloads a month, Kolber said. The only available content via the app that is free without paying for a subscription is an index of destinations.
Editorial content “is a mix of destination-specific information from a global team of correspondents who also cover unusual destinations that inspire people to travel,” he explained.
ManAboutWorld also delves into travel issues specific to the LGBT community, Kolber said. “For example, we recently published a honeymoon guide that talks about the planning of a honeymoon from the gay perspective, [including] all the issues that straight people have,” everything “from choosing where to go, how to figure out your budget,” as well as “things that are gay specific” such as “non-monogamy if that is an issue before you go.”
In all, ManAboutWorld focuses on “dining and culture” and on “adventure travel,” said Kolber, adding that the magazine is “very much geared to warm weather destinations and experiences that are the core of the gay travel market.”
The publication’s demographics range from late 20s through to 50s and 60s, aid Kolber, who recently turned 50. “That same group is still traveling, still interested in what’s new and places” not yet visited, while open “to reasons for revisiting places gone to before.” 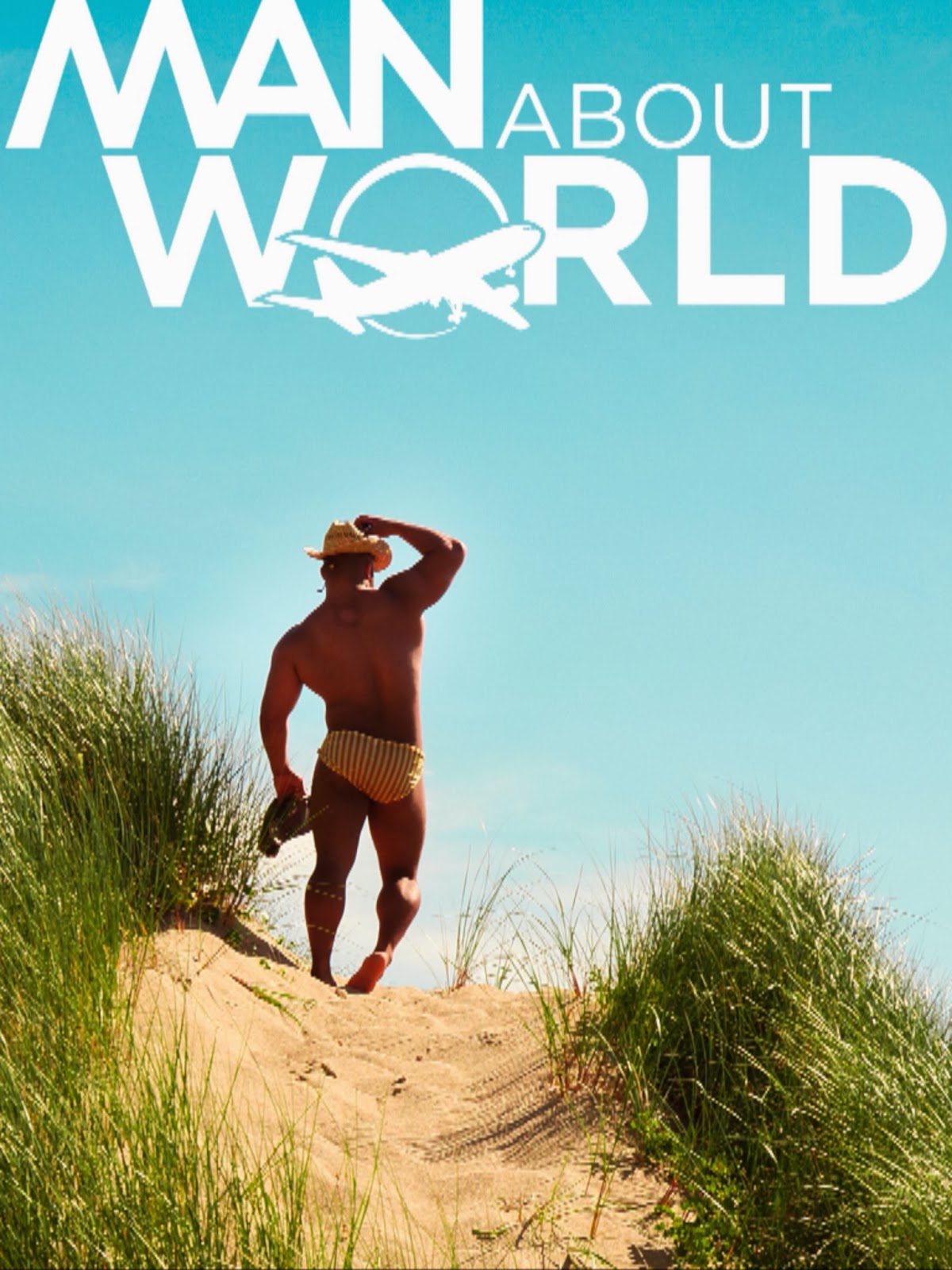 For that reason, “We think more in terms of psychographics than demographics,” he said.
In generating content, ManAboutWorld relies on more than 75 correspondents — including two women, all of which is driven by social networking. Contributors are seasoned travel writers, industry veterans, local experts and world travelers. The publication has two other partners in addition to Kolber, including editor in chief Ed Salvatore and associate editor Kenny Porpora, based is Los Angeles.
ManAboutWorld’s associate editor, said Kolber, is the publication’s link to Generation Y, younger gay men bitten by the travel bug.
Kolber and Salavto are no strangers to travel publishing. In 1992, Kolber founded OUT&ABOUT, the groundbreaking gay travel newsletter. Kolber served as editor in chief until Salvatore took over in that role. In 2000, however, Planet Out acquired OUT&ABOUT — just days before the Nasdaq crashed. Consequently, Planet Out folded OUT&ABOUT into OUTtraveler magazine, which ceased to publish it in 2008.
Asked what distinguishes ManAboutWorld’s readers, their interests, needs, and desires, Kolber said, “We write for a very sophisticated, well-traveled, slightly more affluent audience than the typical gay magazine, some of which is platform specific, finding us through the iPad. People who already have iPads are the very earliest adaptors of new technology.
Undoubtedly ManAboutWorld readers’ tastes are geared more to “cocktails and upgrades.” However, the publication’s vision includes creating dialogue about how LGBT travel can “advance the cause of human rights,” said Kolber.
“We frequently remind readers that there are still countries that criminalize homosexuality and many more that while they don’t outlaw homosexuality” are not friendly if somewhat hostile, he said, referring to the prime example of Russia, given the timing of Sochi hosting the Winter Olympics.
In fact, last year ManAboutWorld surveyed industry leaders in gay travel, posing the question: “What do you think travelers can do to advance human rights?”
Responses fell into three broad categories: money, respect and engagement, Kolber said.
One respondent, for example, said, “A few dollars donated to an LGBT non-government organization at your destination can mean the world to them.”
Another responded, “Learn a culture before you visit it and respect it. Demand tolerance and respect from others, and then in turn treat them with the same. In doing so, a line of communication is open which can be rewarding and educational for both parties.”
Kolber summed up ManAboutWorld’s commitment to global engagement through LGBT travel. “We acknowledge and service the sybaritic desires of our readership, but also want to help them leverage the power of tourist dollars and visibility to foster progress in the global movement for equality,” said Kolber. “Gay travel has been a powerful force for change, and we feel an obligation to help spread that globally.”
Charlie Rounds, chair of the International Gay and Lesbian Travel Association (IGLTA) Foundation, voiced praise for Kolber’s leadership in global engagement through LGBT travel. “He is a champion,” said Rounds over the telephone. “He is not just talking the talk, he is walking the walk.”
IGLTA is the leading member-based global organization dedicated to LGBT tourism. A the philanthropic arm of IGLTA, the foundation’s mission “is to use the power of LGBT travel to build bridges with communities worldwide. Those bridges, in turn, enable understanding, awareness and commerce to flourish in diverse communities around the globe,” according to the organization’s website.
“Billy is driven to use the power of travel to help our community globally,” said Rounds. “He has done so much.”
SIDEBAR
Volume 15
Issue 11

SIDEBAR: Weddings, Pride play a role in LGBT travel, even in smaller communities