by Christopher Kane
(The following special report first appeared in the Washington Blade on December 28, 2022, and was written by the newspaper’s new White House reporter. It is reprinted here with permission.)

The year 2022 will be remembered for a slew of LGBTQ-related news. As if COVID wasn’t bad enough, the arrival of monkeypox in the spring led to a new panic and new round of vaccinations among gay and bi men. There was the overturning of Roe and fears of attacks on Obergefell. Then came the midterms and the Democrats ran surprisingly strong. And just when we thought the year was over, five LGBTQ people were shot to death at Club Q, and Congress managed to pass the Respect for Marriage Act.

When Jean-Pierre gave her first White House press briefing last year, on an Air Force One flight bound for Atlanta, she became the first LGBTQ person to do so. Jean-Pierre is also an immigrant born in Martinique, France, to Haitian parents.

9. Turmoil and change at HRC

Alphonso David’s tenure as the first Black president of the Human Rights Campaign came to an end in 2021 following accusations that David, when serving as counsel to then-New York Gov. Andrew Cuomo, helped to cover up allegations that the politician had sexually harassed and assaulted multiple women. After stepping down from HRC, David filed a lawsuit against the organization alleging discrimination.

On Nov. 28, 2022, Kelley Robinson took over as HRC president, becoming the first Black queer woman to lead the nation’s largest LGBTQ advocacy organization. A veteran community organizer who previously served as executive director of Planned Parenthood Action Fund, Robinson told the Blade she is committed to leading HRC with a focus on intersectionality.

In August, the Centers for Disease Control and Prevention declared the monkeypox virus (MPV) outbreak a public health emergency in the United States. Cases by then had been reported in all 50 states, the District of Columbia, and Puerto Rico — almost all by gay and bisexual men who have sex with men.

Initially, the Biden-Harris Administration’s vaccination campaign, which involved transporting doses from the Strategic National Stockpile to clinics across the country, was widely criticized as too slow, with problems that carried over from the government’s shaky rollout of tests and vaccines for COVID-19. By midsummer, however, more shots were being administered in more arms thanks to a coordinated effort by the White House Pandemic Office. The number of MPV cases declined from a peak of 440 per day in August to 60 in October.

Ketanji Brown Jackson began her tenure as the first Black woman to serve as a justice on the U.S. Supreme Court, having previously presided over the U.S. Court of Appeals for the District of Columbia Circuit. Before Jackson was seated this summer, the Supreme Court’s conservative supermajority overturned the constitutional right to abortion with its ruling in Dobbs v. Jackson Women’s Health Organization.

This term, the Supreme Court will decide 303 Creative v. Elenis, a case that was brought by a web designer who wanted to reject same-sex couples’ requests for wedding websites and whose outcome could carry broad implications for the enforcement of nondiscrimination laws against providers of public accommodations.

From Virginia to Minnesota to Florida, schools were embroiled this year over battles like whether educational materials containing LGBTQ themes should be made available to students and whether LGBTQ students should be outed to their parents. Critics of Florida’s “Don’t Say Gay” law said it was written with discriminatory intent, warning teachers could be penalized for something as innocuous as displaying a photo of their same-sex spouse.

More anti-trans bills were proposed this year in state legislatures throughout the country than during any other time in the nation’s history. Most targeted trans youth.

Some laws prohibit trans student athletes from playing and competing, while others restrict access to bathrooms and locker rooms that align with their gender identities and others target guideline directed medical treatments. Texas Gov. Greg Abbott, for example, directed child welfare authorities to investigate suspected cases where parents made gender affirming healthcare available to their trans and non-binary children.

4. Pelosi steps down from leadership after husband attacked

House Speaker Nancy Pelosi (D-Calif.) announced her plans to step down from House Democratic leadership after two decades, following the attack on her husband Paul Pelosi by an intruder who broke into the couple’s San Francisco home.

The first woman ever elected to become Speaker, Pelosi has been called the most effective lawmaker to ever serve in that role. Under the administrations of four presidents over two decades, she boasted signature legislative accomplishments like the passage of the Affordable Care Act and repeal of “Don’t Ask, Don’t Tell.” Rep. Hakeem Jeffries (D-N.Y.) was elected to succeed her.

Political observers were surprised by Democrats’ expanded Senate majority and Republicans’ narrow capture of the House following the 2022 midterm elections, which were expected to hand the GOP decisive control of both chambers of Congress.

Not all Democratic candidates were so fortunate, however. Gay New York Rep. Sean Patrick Maloney (N.Y.), for instance, failed to win reelection despite his position as chair of the Democratic Congressional Campaign Committee, the party’s sixth highest-ranking position in the House. Meanwhile, the LGBTQ Victory Fund reports that a record-breaking number of LGBTQ candidates ran for and were elected to public office — more than 340 and 1,065, respectively.

On Nov. 19, the eve of the Transgender Day of Remembrance, a gunman opened fire in Club Q, a Colorado Springs LGBTQ nightclub, killing five people and wounding 17 others in the deadliest attack on LGBTQ people since the Pulse nightclub shooting in Orlando in 2016. The suspect, who was tackled and disarmed by patrons, including a trans woman, was charged with 305 criminal counts including hate crimes and murder.

The tragedy ignited a conversation about the link between hateful anti-LGBTQ rhetoric and actual violence directed at the community.

The Respect for Marriage Act, widely considered the greatest legislative victory for LGBTQ rights since the repeal of “Don’t Ask, Don’t Tell” in 2011, was passed by Congress with little time to spare before the end of the legislative session and promptly signed into law by President Joe Biden on Dec. 13.

Should the U.S. Supreme Court overturn or substantially weaken the constitutional right to same-sex marriage, the Respect for Marriage Act will gird against some of the greatest harms that would result for same-sex couples in the United States. Supreme Court Justice Clarence Thomas signaled his plan to revisit the high court’s caselaw governing marriage — along with other fundamental rights — in his concurring opinion in Dobbs v. Jackson Women’s Health Organization, a case whose ruling this summer overturned federal protections for abortion that had been in place since Roe v. Wade was decided in 1973. 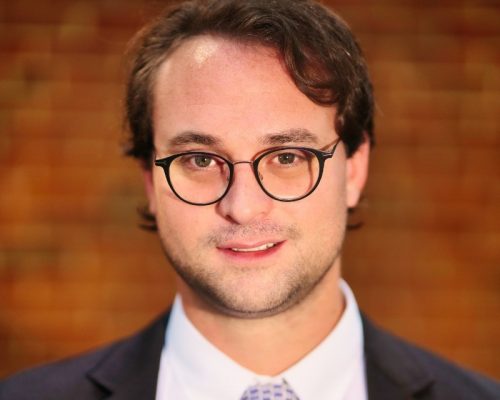 Another take on the top LGBTQ news stories of 2022