Skip to content
by Joe Siegel
For many media outlets, the postponements of this year’s LGBTQ Pride celebrations have wreaked havoc on advertising revenues and forced a shift in coverage.
On April 20, the New York City Pride March was cancelled due to the ongoing coronavirus pandemic. The state of New York leads the nation in COVID-19 cases and deaths. And New York City is the epicenter.
New York City’s Gay City News is still planning to cover Pride in its June 18 issue. Editor and associate publisher Paul Schindler said several virtual events are being planned in addition to the Global Pride virtual event being organized by InterPride and the European Pride Organizers Association on June 27. 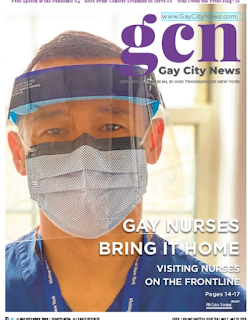 “I am thinking about Pride this year in terms of the newspaper’s editorial mission,” Schindler said. “We will focus on the challenges and hurt facing most if not all of the city’s LGBTQ non-profits as well as the clients they serve, especially from vulnerable and marginalized communities. In that light, we are working with several groups right now — the community centers in Brooklyn and Staten Island — and, hopefully, in the days ahead, with most major groups to try to crowdsource as full a list of community members lost to the pandemic as we can.”
Schindler hopes advertisers will follow suit. “There may well be advertisers who in past years have shown their support for the community by sponsoring the Pride events around town, and we hope they will see our Pride issue as a way of continuing that tradition of support,” Schindler added.
New Jersey’s annual Pride celebrations are being delayed to the fall, which has necessitated a change in coverage.
“Our editors are discussing and planning for our annual June/July LGBTQ Pride issue now,” said Peter Frycki, publisher of Out in Jersey magazine, based in the state capital of Trenton. “It will be very different without the Asbury Park ‘Jersey Pride’ event. Usually, New Jersey has over a half-dozen Prides between June and September. But, thus far, there are no other New Jersey Prides planned until August. So, the August/September issue and the October/November issue will be more about LGBTQ Pride this year.”
Chicago’s Pride celebration was also cancelled. The parade, which draws a million people and is one of the largest in the nation, was scheduled for June 28, but now coordinator Tim Frye is hoping to hold it in late summer or early fall.
“We certainly expect a continued negative impact on advertising as a result of COVID-19, now through at least June,” said Andrew Davis, publisher of Chicago’s Windy City Times. “That includes anything Pride related. We will do our best to continue to cover the Chicago LGBTQ community with the resources we have, but the economic devastation of losing 80 percent to 90 percent of revenue is certainly having an impact. We are trying for loans and grants to help, but nothing can fully make up for the shortfall.” 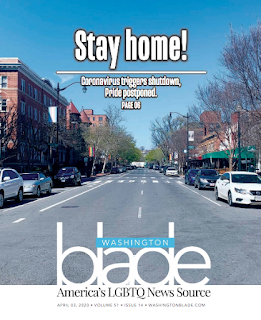 The organizers of Boston Pride announced the cancellation of their city’s Pride parade earlier this month: “The impact of COVID-19 continues to affect our lives in unprecedented ways. As a result of these challenging and uncertain times, and in consideration of the health and safety of the community, Boston Pride has made the difficult decision to cancel the 2020 Boston Pride Parade and Festival, and to postpone the celebration of Boston Pride’s 50th Anniversary to June 2021.”
“We will lose the advertising revenue from our annual A-Z Guide to New England Pride, plus the added revenue from our two biggest weekly issues of the year,” said Jeff Coakley, co-publisher of Boston-based Bay Windows. “And it’s not just Boston Pride — it’s all the other New England Prides like Providence (R.I.) and Northampton (Mass.). I’m not comfortable discussing specific numbers but the revenue losses will be significant.”
In fact, a result of Rhode Island’s Pride festival and other major events being cancelled, the state’s LGBTQ monthly Options announced it is suspending its print publication.
“Options was already financially vulnerable, and with event cancellations and marketing budgets being cut due to the COVID-19 crisis, it has become increasingly challenging to secure advertisements,” read the April 27 announcement.
“PrideFest being cancelled was a factor because advertising in our June issue is ordinarily very strong,” said Options editor in chief Jen Stevens.
The news wasn’t all doom and gloom, however. “Options aims to return with a print edition in the fall. In the meantime, we will seek new funding, online improvements, and board members to shore up one of this community’s most long standing institutions.”
TOP STORY
Volume 22
Issue 2