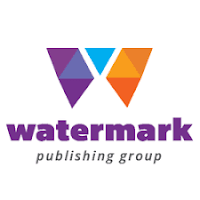 Print run: Up to 20,000 copies depending on the issue.
Web site: www.watermarkonline.com
*****
PPQ: What feature or features of Watermark have been the most popular with readers?
Publisher and Editor Rick Claggett: In each issue of Watermark, we have what we call the In Depth section. In this we find stories of national appeal and talk about how this concept affects our local community. Our feature on those who seek to contract HIV on purpose has been the most popular of these and continues in popularity years later. We also feature an LGBTQ wedding in each edition under the heading Wedding Bells, which proves to be popular as well.

Claggett: Tom Dyer named the paper Watermark when he began it in 1994. His idea was that the newspaper should represent the community as an exemplary business, something that identified the community, as a watermark on a sheet of paper would.
PPQ: What challenge has your publication had to overcome since its
inception?
Claggett: In the beginning, Watermark’s biggest challenges were visibility and acceptance. With those two obstacles came the third, sustainability.
PPQ: What challenge or challenges is Watermark facing now?
Claggett: At times it feels the challenges we face now are opposite of those we faced in the beginning. With an abundance of acceptance in our areas, we have to be creative to stay relevant in a social media world while navigating a biweekly publication. Time is the biggest challenge.
PPQ: How has Watermark changed since it was first launched?
Claggett: Aside from the physical, what’s changed most is how we deliver our purpose. Watermark’s purpose at its inception was to build a level of communication that did not exist. It was to inform and build community. While we still do that, the manner in which we do has expanded to include multiple products and events.
PPQ: What one change would you like to make?
Claggett: I would like to see Watermark have the resources to expand into communities that are currently undeserved.
PPQ: What has been the biggest news story or stories Watermark  has
covered?
Claggett: The most impactful stories we have written would be those surrounding the tragedy at Pulse. Since this happened in our hometown, it was important for us to handle every story with respect to the community we serve. One of our prouder features came in the form of a View Point column from Hillary Clinton, written specifically for our publication.
PPQ: On the Kinsey Scale of 0-6 (exclusively straight to totally gay),
how gay is your publication?
Claggett: 4. Although we always look for the gay angle, we feature many allies.
PPQ: Do you see yourself as an activist journalist? If so, in what
way?
Claggett: Watermark definitely falls under activism. We cover the LGBTQ community, and by that very nature we are activists. We take a facts-only approach to our news stories, but our mission is to advance LGBTQ rights.
PPQ: What’s the most surprising feedback you’ve received from a reader?
Claggett: Shortly after the attack at Pulse, a group from Venezuela was traveling through Orlando to gain perspective on how Central Florida fought the battle for LGBTQ rights. When my editor at the time and I met with them, they said they received their information regarding Pulse from Watermark. It surprised me that people in other countries looked to us for information.
PRESSING QUESTIONS
Volume 22
Issue 1

Our mission continues amid crisis