Skip to content
by Fred Kuhr
Patrick Farabaugh, publisher of Madison, Wisc.-based Our Lives Magazine, has stepped back into the role of editor amidst a “painful buyout” and the demise of his Milwaukee rival.
The staffing change and planned restructuring occurs a year after the Wisconsin Gazette, based in Milwaukee published its final issue after nine years in business. Publisher Louis Weisberg told the Milwaukee Journal Sentinel at the time that the Gazette never broke even during its time in business, never attracting enough advertising revenue to support it.
In response, Farabaugh has been exploring ways of expanding Our Lives into a statewide news source. “To do so involves some revisioning of how we do and accomplish this work,” he wrote in the magazine’s November/December 2019 issue. “So I’ve begun working with an attorney to establish a nonprofit arm for Our Lives, and a web development company to build the next phase of what Our Lives will look like.”
The print publication will remain a local news entity, while its website “is going to become a much more robust portal” in 2020, with a more statewide focus. 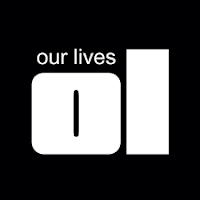 Farabaugh also revealed that he bought out his business partner in what he described as a “painful” process. Most, however, did not know he had a business partner. “I did my best to not let that struggle translate to how readers experienced the magazine. It lead to one of the hardest years the magazine and myself has had recently, and some challenging decisions.”
So now, Farabaugh is running Our Lives as the only full-time staffer. “This has been an intentional decision that has been in the works for almost a year now, with the goal of building our cash reserve back up after the aforementioned buyout, and to give the magazine solid footing.”
He’s not alone, however. Emily Mills, the magazine’s editor emeritus, remains a regular freelancer, as is her predecessor Virginia Harrison, who is also the magazine’s copy editor. Harrison has also stepped into the roll of  features editor.
“The goal of the thinner staff is to give the magazine greater flexibility to maneuver through some restructuring,” wrote Farabaugh.
IN THE NEWS
Volume 21
Issue 10

Is PrEP an LGBTQ media responsibility?