Skip to content
Interview with Editor and Publisher Jerry Jones
by Joe Siegel
Geographic coverage area:
Middle Tennessee (Nashville and surrounding counties)
Year founded:
2002
Staff size and breakdown:
One publisher, one managing editor, one salesperson, and three volunteer writers/video reporters
Key demographics:
59 percent gay male, 26 percent Lesbian, 4 percent bisexual male, 7 percent bisexual female, and 6 percent transgender;
45 percent make more than $100,000 a year;
9 percent age 18-24, 22 percent age 25-34, 26 percent 35-44, 20 percent 45-54, 17 percent 55-64, and 6 percent 65-plus;
40 percent bachelor’s degree; 31 percent master’s degree or higher
Web site: www.outandaboutnashville.com
*****
PPQ: What feature or features of Out and About Nashville have been the most popular with readers?
Editor and Publisher Jerry Jones: Tennessee has become such a challenging red state to live in that our political coverage has become popular. Nashville is very liberal compared to the rest of the state, and many of our readers forget they often live in that blue bubble around Nashville.
PPQ: Who came up with the name and what is the inspiration for it?
Jones: When we started in 2002, we searched and searched for a name that discreetly said “gay” but not outright. A former colleague of mine, Bill Hance, actually came up with the name. We eventually shortened it on the masthead to O&AN.
PPQ: What challenge has Out and About Nashville had to overcome since its inception?
Jones: Cash flow is always a challenge from a business perspective and we keep a close watch on that. From the community perspective, we are challenged with the balance of covering the many aspects of our community in a fair and balanced way.
PPQ: What challenge or challenges is the publication facing now?
Jones: We simply do not have the staff, or funds to hire staff, to be able to cover the many issues — good and bad — that our community faces. As the world leans more towards visual storytelling (video, podcasting), all of this takes a lot of time and investment, and that’s a challenge for a small business. 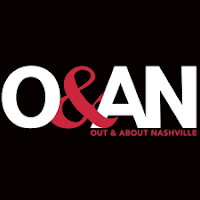 PPQ: How has the publication changed since it was first launched?
Jones: So much! We started as a newsprint tabloid and we mailed it free in a plain envelope to anyone who wanted it. We had an all-volunteer staff when we started and have grown into a paid staff. We are now a glossy magazine and distribute in more than 100 public places.
PPQ: What one change would you like to make?
Jones: I wish we had more support year round from companies instead of the once a year Pride issue. That support would allow us to expand our coverage and grow our staff.
PPQ: What has been the biggest news story or stories Out and About Nashville covered?
Jones: We did help close a non-profit because its executive director was pocketing money — that was a challenging story because people don’t think we should throw stones at “our” own community. Additionally we’ve been honored enough to have an open door with past Nashville mayors and cover their administrations and policies.
PPQ: On the Kinsey Scale of 0-6 (exclusively straight to totally gay), how gay is your publication?
Jones: We would be a five. Our general policy is, if it’s not local and not gay, it belongs with another media outlet.
PPQ: Do you see yourselves as “activist journalists”? If so, in what way?
Jones: We didn’t start out that way, like so many publications did. My undergraduate degree is in journalism, and I started O&AN so that Nashville would have a professionally written and well-designed publication for the community. Over the years, because of the political turmoil, we have become more prone to becoming activist journalists.
PPQ: What’s the most surprising feedback you’ve received from a reader?
Jones: Because we are a blue bubble in a red state, I’ve had many readers tell me personally how they felt like they were not alone in the world because, through us, they could see that there was an LGBT community that they could feel a part of.
PPQ: What advice would you give to anyone who may want to launch their own LGBT publication?
Jones: It’s a challenge to start a new LGBT publication these days. Digital media has pulled away much of the ad dollars, and if you don’t have lots — and I mean lots — of eyeballs on your digital media, you’re not going to be able to fund much of an operation. I would ask the question, why do I need to do this, and what void am I filling in the marketplace? What type of revenue would support my idea? It takes a long time to build credibility with readers and advertisers, so be prepared for the first few years to be very lean.
PRESSING QUESTIONS
Volume 21
Issue 10