Skip to content
by Joe Siegel
Marking the 50th anniversary of the Stonewall Riots, which launched the fight for gay liberation in the United States, this year’s New York City Pride celebration on June 30 – which is also site of this year’s World Pride – will be bigger than ever.
According to Heritage of Pride (HOP), the group that produces New York City’s annual Pride Parade and related events, there will be 150,000 marchers and 150 floats in this year’s event, as reported in New York City-based Gay City News. 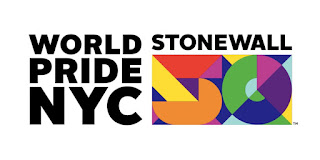 Meanwhile, a rival organization, Reclaim Pride Coalition, is holding their own march and rally. The members decided last year to move forward with their own events after becoming increasingly disillusioned with the theme of the march produced by HOP.
“A lot of the drama between the two factions was resolved as a result of the decision to do a separate march,” said Paul Schindler, editor of Gay City News. “That ended the fighting of what the big march itself should be like. Yes, there is division, with the organizers of the Queer Liberation March (Reclaim Pride) believing that the commercialization of the big parade has gutted its political message. That said, many very dedicated activists will be marching in the big parade. And some people will march in both.” 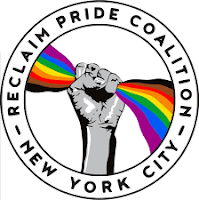 Schindler noted though, “The Queer Liberation March will be far more informal, will attract thousands — maybe several thousand, may 10,000 — it will be earlier in the day, and it will have a very activist feel.”

Schindler believes the separate marches will enhance, not diminish, the significance of Pride.
“Despite all the divisions that led up to this point, I think it’s a sign of community strength and diversity that both events are happening the same day — plus Pride in all the boroughs on other days, up in Harlem, and a million other events,” he said.
Gay City News and other LGBT media will have their hands full covering not only the two pride marches, but World Pride as well. According to TravelGay.com: “It’s estimated that 3 million people will be participating. The festivities will culminate in New York’s famous Pride March on Sunday 30th June.”
The World Pride opening ceremony on June 26 will be hosted by Whoopi Goldberg and will feature appearances by Cyndi Lauper, Billy Porter, Chaka Khan, and Ciara.
“The Stonewall 50/World Pride juggernaut is far too big to even take it all in,” Schindler said. “There will be many occasions where many people will have a very good time. And activists will voice strong political messages in the Reclaim Pride event, but many other activists will also have their say in the main event later in the day.”
Schindler believes all the various festivities will get plenty of attention from all corners of the media landscape.
“It’s really not possible, in my view, to ‘detract’ from the big event. … It is so massive, gets broadcast on local TV, and goes on for 9 or 10 or 11 hours. That plus the big closing ceremony for World Pride later that day will be the huge event.”
TOP STORY
Volume 21
Issue 3