Skip to content
Interview with Publisher Neil Chamberlain
by Joe Siegel
Year founded: 2006
Staff size and breakdown: “Pretty much a one man operation. Me, plus three contract workers, two columnists and one photographer.”
Key demographics: LGBTQ visitors to Key West and LGBTQ locals
Website: www.QKeyWest.com
*****
PPQ: Who came up with the name and what was the inspiration for it?
Publisher Neil Chamberlain: The original name was The Gay Rag. This name was right to the point because whenever people would visit someplace they had never been, they would go out and look for the local gay rag to see where to go and what to do. After a few years, not only were people not in our community not understanding the name, but younger LGBTQ people didn’t get it either. They have had the internet their whole lives so they never needed to seek out an LGBTQ guide. At that time, it was renamed Q Magazine. I wanted a simple name and the letter Q has a “swish in its step,” so I thought it would be fitting.
PPQ: What challenge has Q had to overcome since its inception? 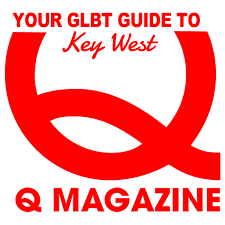 Chamberlain: Overcoming the belief that print media is dying. It doesn’t help when LGBTQ magazines are failing all over the country, but we have been able to keep the magazine relevant and it’s doing quite well. We also had to overcome our size — like many of us. A national company wanted to run ads but needed the magazine full sized. I was encouraged to change the size of the magazine to get these lucrative contracts. But I felt my readers needed something they could stick in their pockets and decided to keep it as it was even though it would cost me profits. Eventually, the company started redesigning ads to fit in a digest-sized magazine because they wanted to reach my market. Now, those ads run all over the country in digest-sized magazines.

PPQ: What challenge or challenges is Q facing now?

Chamberlain: Mostly convincing advertisers that print media still works. I have some advertisers that have been with me since day one because they are thrilled with the results. Getting new advertisers to understand that can be a challenge. Also, the sudden jump in paper costs is starting to take a bite out of the margins.
PPQ: How has Q changed since it was first launched?
Chamberlain: Of course, the name change was huge and I was concerned it would hurt us at least for a while, but it was embraced by everyone. We have had a few redesigns through the years but all in all, very much of it is still similar to the very first issue.
PPQ: On the Kinsey Scale of 0-6 (exclusively straight to totally gay), how gay is your publication?
Chamberlain: 5.762, roughly.
PPQ: Do you see yourselves as “activist journalists”? If so, in what way?
Chamberlain: Not at all. In my private life I am an activist, but the magazine is lighthearted and fun.
PPQ: What’s the most surprising feedback you’ve received from a reader?
Chamberlain: I was DJ’ing a pool party once and someone was looking through the magazine. He skipped every column, the photos, and stopped to read every ad! Who knew?
PPQ: What advice would you give to anyone who may want to launch their own LGBTQ publication?
Chamberlain: Do your research. Know your target market. You will depend on your advertisers so make sure your content is relevant to them. Do not lie about your print quantity or your distribution. Be a man of your word. Make sure the magazine is out on time every time. Don’t count on an income right away. Pray that you can break even in a year and grow from there. Keep it simple. Learn to do as much as you can yourself. If you can’t do every aspect of the magazine, what will you do when one of your staff has a meltdown or gets sick the day before your deadline?
PRESSING QUESTIONS
Volume 21
Issue 1

GUEST COMMENTARY: As your publication changes, so should you