Skip to content
by Fred Kuhr
INTO, the online LGBTQ magazine owned and operated by Grindr, was shuttered in January after a 17-month run. But did Grindr make the move to refocus its efforts or out of retribution for a story corporate headquarters didn’t like?
According to a joint statement from several INTO employees, “The company will be refocusing its efforts on video and as such, the editorial and social teams were let go. … We feel that INTO’s closure is a tremendous loss for LGBTQ media, journalism, and the world.”
INTO, which launched in August 2017, published news articles, op-eds and advice columns. The outlet’s journalism won awards from NLGJA (formerly known as the National Lesbian and Gay Journalism Association) and the Transgender Legal Defence and Education Fund.
“We told stories of transgender prisoners forced to endure nightmarish treatment behind bars, LGBTQ asylum seekers looking for hope and refuge in the United States, and drag queens fighting for space and community in small town Tennessee,” the joint statement stated. “We shared the hopes and joys of the LGBTQ community, our successes and setbacks, and our triumphs and heartaches during a vulnerable political moment.” 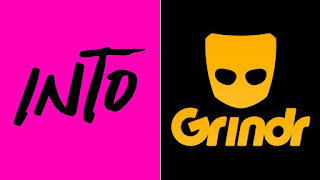 In a statement, a Grindr spokesperson said the decision to dismiss INTO’s staff was a “strategic shift in focus.”
“As with any growing business, we have to continually evaluate what is best for Grindr. After a thoughtful and collaborative process, Grindr’s leadership decided to modify INTO’s content mix to rely more heavily on video,” the spokesperson told NBC News. “With this strategic shift in focus, several INTO employees will be leaving the company. This was a difficult decision and one that we do not take lightly. We want to thank these colleagues for all of their contributions to Grindr and our community.”
However, Grindr’s dismissal of INTO’s editorial staff comes just six weeks after the site published a story about Grindr President Scott Chen’s controversial comments about same-sex marriage.
“Some think marriage is between a man and a woman. I think so, too, but it’s a personal matter,” Chen wrote on November 26, 2018, in a Facebook post that was translated from Chinese. “Some people think the purpose of marriage is to have your own biological children. It’s a personal matter, too.”
Chen, who has been an executive at Grindr since Chinese gaming company Kunlun acquired the app in 2017, shot back at INTO’s story, saying it took his marriage comments out of context.
Chen’s comments, however, led to at least one executive leaving the company in protest. Two weeks after INTO reported on Chen’s controversial comments, the company’s then head of communications, Landon Rafe Zumwalt, reportedly stepped down.
“As an out and proud gay man madly in love with a man I don’t deserve, I refused to compromise my own values or professional integrity to defend a statement that goes against everything I am and everything I believe,” Zumwalt wrote on the website Medium.
Zumwalt told NBC News he was not surprised by the closure of INTO and called it “extremely sad for the queer community.” When asked whether he thought the closure may be related to the publication of an article critical of Grindr’s president, Zumwalt said “no comment.”
INTO’s former managing editor and Grindr’s former chief content officer, Zach Stafford, also left the company a week after Zumwalt, but Stafford did not make any public comments about whether Chen’s Facebook post influenced his decision to part ways with the company.
IN THE NEWS
Volume 20
Issue 12