Skip to content
by Joe Siegel
Alan Beck, the creator and publisher of FunMaps, the ubiquitous city-specific guides that showcased the best LGBT travel destinations, is back with FunTravel Guides and its accompanying website, funtravelguides.com.
FunTravel Guides feature a comprehensive look at popular cities including Ft. Lauderdale, Miami, Key West, New York and Toronto. The best hotels, resorts, bars, clubs, attractions, shopping, and annual events for each city are highlighted. 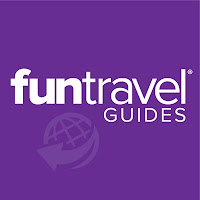 The site will soon expand to cover Atlanta, Chicago, Baltimore, Providence, Dallas, Los Angeles, San Francisco, Provincetown, Philadelphia, Washington (D.C.) and Vancouver.
Beck created FunMaps with a simple purpose. “My intention was to build a business which would serve the gay and lesbian audience,” Beck explained.
In 2015, Beck sold the 25-year-old travel and leisure publishing company to Multimedia Platforms, the gay-owned parent company of Florida Agenda and Guy magazine. The company was out of business less than 18 months later.
Losing FunMaps was devastating to Beck, but he was determined to provide an improved product to serve LGBT travellers.
Beck reports visitors to the new site have been very responsive, but there will also be printed copies of the travel guides in the future, Beck said. They will be distributed all across the United States and Canada at bars, hotels, clubs and shopping venues.
Beck, citing his advancing years, believes the time will come for him to step down from the business. But for now, he vows his work will continue for many years ahead. “I’ll be leaving this to others, to carry on the torch,” Beck added.
The LGBT tourism industry is a lucrative one. It represents a reported annual $65 billion on gay travel in the United States alone. The gay tourism market in Europe has been estimated at €50 billion (almost $58 billion US) annually by the Gay European Tourism Association.
IN THE NEWS
Volume 20
Issue 3