Skip to content
by Fred Kuhr
Columbus, Ohio-based Outlook Magazine has suspended publication in light of the arrest of publisher, editor-in-chief and art director Christopher Hayes.
Hayes lives in Columbus, but was arrested in Parkersburg, West Virginia on July 3. According to a crime report in the Parkersburg News and Sentinel, Hayes was arraigned on “two counts of possession of a controlled substance with intent to deliver, meth and oxycodone hydrochloride, and bond was set at $100,000.” Hayes reportedly remains in custody. 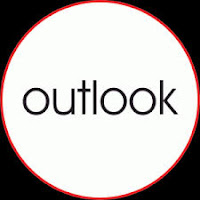 Outlook last published in May and, according to the Columbus Dispatch, no employees are working at its office.
Readers were reportedly left concerned after the sudden cancellation of “Out With Our Elected Officials,” an annual June event hosted by the magazine.
The magazine’s sales director, Mike Moffo, told the Dispatch that he was “not at liberty to talk about” the status of Outlook or Hayes’ arrest.
Former associate publisher and ad director Chad Frye told the Dispatch that he could not confirm that Outlook was completely finished, but said, “It appears to have fizzled out.”
Some new content continued to be published online through June and is still available at https://outlookohio.com
IN THE NEWS
Volume 19
Issue 4