Skip to content
by Fred Kuhr
Just before President Obama was set to leave the White House for the last time, Chicago’s Windy City Times released two audio tapes from Obama’s campaign for U.S. Senate from Illinois.
The audio is available in the online version of this story at http://tinyurl.com/Obama2004LGBT.

Both tapes were recorded by the newspaper’s publisher, Tracy Baim, the first on Jan. 7, 2004, in a one-on-one interview during the crowded Democratic primary, the second on May 7, 2004, after he won the primary and attended a stand-room-only LGBT fundraiser for his campaign. 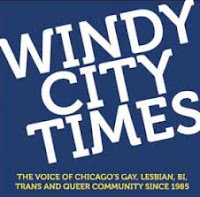 The tapes are among thousands of archival materials in the Windy City Times collection, and the paper is just now starting to digitize cassette audio tapes used by reporters during the weekly newspaper’s first 31 years in business.
In 2009, soon after Obama was first elected president, Windy City Times released a copy found in its archives from a 1996 written candidate’s questionnaire in which Obama said he was in favor of same-sex marriage. He later changed course and opposed it in favor of a compromise, but before his 2012 race for a second term, he revolved back to his 1996 position, as stated to Outlines newspaper, which merged with Windy City Times in 2000.
TOP STORY
Volume 18
Issue 10