Skip to content
by Chuck Colbert
For more than a decade, the influential blog Bilerico Project has provided “an open-ended experiment in communication and cultural community building,” according to a website posting about its history and mission. It was in effect a community forum, which has given voice to a wide range of LGBT writers and bloggers.
But on June 30, publisher and founder Bil Browning announced the end of the popular blog. The website, he said, would be archived at bilericoproject.com, with all 31,000 postings available for readers. 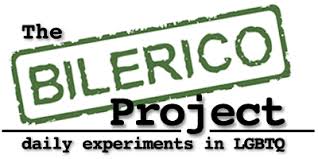 “Projects are meant to be temporary and so was Bilerico Project,” wrote Browning in his last post. “It’s time to wrap up our experiment. The media landscape has changed dramatically over the past decade and so have our lives and the LGBT movement itself. It’s time to turn the page and start something fresh in this new environment.
“Together we’ve covered a multitude of important stories. From George W. Bush’s election to the Supreme Court decision on marriage equality, we’ve brought the best news and analysis we could. We’ve made a change in the Salvation Army’s anti-LGBT policies and ensured an innocent HIV-positive immigrant was released from prison to die surrounded by loved ones. Together, our writers and readers have made a difference.”
Reaction to Browning’s announcement was expressed in gratitude and praise.
“It’s been a privilege to have been part of Bilerico, and I will always value the connections I made there,” said writer Dana Rudolph in an email. “Bilerico was one of the models I looked to for inspiration when I launched Mombian 10 years ago, albeit with a narrower focus on parenting. Much as I will miss it, this sounds like the right decision … and I admire [the] courage in making it.”
“Thank you for teaching me about online journalism,” said Karen Ocamb, news editor at Los Angeles-based Frontiers Magazine, about Browning and the Bilerico Project. “You made me feel relevant again. After having spent years in daily broadcast journalism, I was extremely frustrated reporting only once or twice a week for LGBT print publications. Writing for Bilerico was exhilarating — even if I never quite got the hang of ‘loosening up’ and being as personal as [Browning] wanted me to be.
“One of my most fun moments, when I felt like I was contributing to the LGBT movement, happened on June 17, 2008, when [freelance reporter] Rex Wockner, [Bay Area Reporter’s] Cynthia Laird, and publishers from Sacramento and San Diego and I created a consortium for the day marriage equality hit California. We pooled our photos and provided them free to anyone who wanted to use them — via Bilerico. Bylines didn’t matter. Credit didn’t matter. The only thing that mattered was sharing the excitement of that historical moment in time.”
Diane Anderson-Minshall, editor at large for Advocate magazine and advocate.com, offered her thoughts.
“I absolutely believe that Bilerico really changed the conversation by embracing voices that weren’t heard, not just in mainstream media but even in LGBT media,” she said in an e-mail. “Bilerico certainly made me a better journalist (and I never wrote for them) and it helped push our larger publications like The Advocate to really diversify, not just pay lip service to the idea of ‘diversity.’”
David Badash, founder and managing editor of The New Civil Rights Movement, said Browning gave him his “start in journalism outside of what was just my tiny blog, and I’m sure many others can say that as well.”
Badash added, “Bilerico has always been very cutting edge and progressive, and I learned a lot. I’m grateful for all [that Browning] taught me and for all the site ha[s] done for our community. It will be missed, greatly.”
The name for Bilerico is a combination of its founder’s first name (Bil) and the first name of Browning’s college friend, Eric Muramatsu.
A native of Indiana, Browning’s blog at first focused on LGBT issues in that state. In 2007, however, the blog took on LGBT political issues nationally, at the same time it embraced the full spectrum of LGBT life. Browning moved from his home state to a new base in Washington, D.C.
Earlier this year, Bilerico archives became part of a Smithsonian collection.
IN THE NEWS
Volume 17
Issue 5


Bil gave me my head, letting me run where it took me, even when it wasn't easy for him. It took courage. He is a friend.