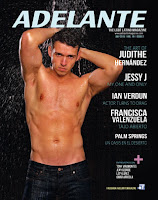 ADELANTE, based in Los Angeles, entered its 19th year of publication with its June 2015 issue.
BALTIMORE OUTLOUD entered its 13th year of publication with its May 15, 2015, issue.
BILERICO PROJECT, the blog that has been produced by BIL BROWNING for almost 11 years, ceased publication on June 30, 2015. The site, however, will be archived at BILERICOPROJECT.COM.
RICK CLAGGETT is the new editor of Orlando, Fla.-based WATERMARK. He is also the publisher of the newspaper. Former editor STEVE BLANCHARD stepped down in May 2015.
ALAN-JOSEPH FORTENBERRY JR., a photographer for Trenton, N.J.-based OUT IN JERSEY and a former Mr. Gay New Jersey, passed away on March 26, 2015, at the age of 44.
GAY POLITICS REPORT, which has been produced weekly by the Washington, D.C.-based VICTORY FUND for over a decade, ceased publication on June 30, 2015.
GAYCATION MAGAZINE, based in Naperville, Ill., entered its second year of publication with its June/July 2015 issue.
METROSOURCE, based in New York City, introduced its Promises section, allowing readers to submit announcements such as weddings, engagements, anniversaries, adoptions, and other personal milestones. 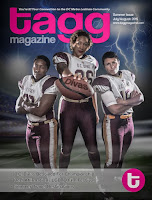 NEXT MAGAZINE, based in NEW YORK CITY, has been acquired by Florida-based MULTIMEDIA PLATFORMS, which also publishes South Florida’s THE AGENDA and GUY MAGAZINE.
TAGG, based in Washington, D.C., has launched its new podcast TAGG NATION!
UNITE NASHVILLE announced that it will no longer be publishing bimonthly. The new publication schedule had not been determined, as of its May/June 2015 issue.
THE WORD, based in Indianapolis, Ind., entered its 24th year of publication with its June 2015 issue.
TRANSITIONS AND MILESTONES
Volume 17
Issue 4