Skip to content
What’s happening at your publication? Let us know. Email editor Fred Kuhr at editor@presspassq.com.
JOHN M. BECKER, editor in chief of THE BILERICO PROJECT, celebrated his 30th birthday on March 1, 2015. To celebrate, he posted on WWW.BILERICO.COM that he was taking the day off. 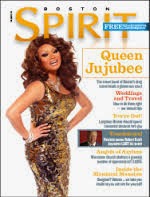 BOSTON SPIRIT MAGAZINE celebrated its 10th anniversary with its March/April 2015 issue.
DBQ, a nationally distributed bimonthly based in Indianapolis, entered its fifth year of publication with its December 2014/January 2015 issue.
GAY LIFE, based in Baltimore, launched a new, regular column, the GLCCB Board Spotlight. THE GLCCB — the Gay, Lesbian, Bisexual, Transgender Community Center of Baltimore and Central Maryland — publishes the monthly newspaper. Each month in the new column, newly elected board vice president KRISTI METZGER will interview members from the center’s board of directors.
GEORGIA VOICE, based in Atlanta, celebrated its fifth anniversary in March 2015.
THE NATIONAL LESBIAN AND GAY JOURNALISTS ASSOCIATION (NGLJA) has launched a new Ally Membership for $75 per year. The new Ally Membership is for anyone who believes in NLGJA’s mission but are not current, former, full-time or part-time journalists (or other media-related fields). This is in preparation for NLGJA’s 25th anniversary celebration later in 2015. 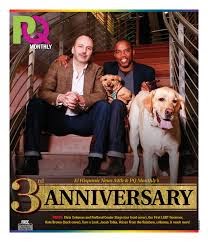 OUTFRONT COLORADO, based in Denver, bid farewell to its graphic designer COLBY BURMIT, who is leaving to pursue other artistic opportunities.
PQ MONTHLY, based in Portland, Ore., celebrated its third anniversary with its February/March 2015 issue.
SHE MAGAZINE, based in Davie, Fla., celebrated its 16th anniversary in February 2015.
UNITE MAGAZINE, which already publishes Indianapolis, Nashville and Business editions, launched its Cincinnati edition with its premier March/April 2015 issue.
TRANSITIONS AND MILESTONES
Volume 17
Issue 1

HIV Plus magazine drops HIV in title, now just Plus

Baltimore paper gives voice to activists in coverage of riots