Skip to content
by Fred Kuhr
The front page of the September 20 issue of the Wisconsin Gazette had one simple headline, “Time To Say Goodbye.”
After almost 10 years of publishing in the Badger State’s largest city, the biweekly Gazette is shutting down, citing financial constraints.
“Excelling in our work and cultivating a large, faithful readership did not translate into revenue,” Gazette 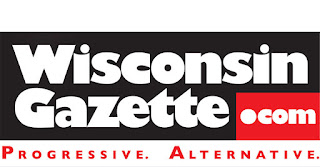 president and CEO Leonard Sobczak wrote in an editorial headlined, “A sad but fond farewell.”

“After much thought, brainstorming and monitoring what’s happening in our industry, I concluded that the resistance to print advertising is firmly entrenched and unlikely to change – at least in our region – in the foreseeable future,” Sobczak wrote.
From the beginning, and despite successful relationships with local advertisers, raising revenue was a struggle. “Many of our advertisers were grateful for the new customers they found through their ads in the newspaper. Some enthusiastically provided us with testimonials. We offered a unique audience that included large numbers of people involved in politics and civic life – in environmental groups, good-government groups, immigrant-rights groups, etc. This audience strongly supported the paper and felt a connection with our advertisers. Most of our advertisers benefited by making us part of their marketing strategy.
“Yet, we struggled from the start to secure enough advertising revenue to put us in the black. Finding effective, committed sales representatives was a problem for most of our history, and it became more challenging with each passing year.”
According to reporting in the Milwaukee Journal Sentinel, the Gazette had been printing 28,000 copies for distribution in the Milwaukee area. Its circulation was cut from 32,000 a few months ago when the Gazette stopped distribution in the state capital of Madison.
The newspaper’s seven full-time employees were let go.
While the paper was founded as an LGBT media outlet, it expanded to covering all progressive issues in 2014. The words “Progressive. Alternative.” were even added underneath the paper’s front-page flag. Over the years, the Gazette won 31 awards from the Milwaukee Press Club.
IN THE NEWS
Volume 20
Issue 7