Skip to content
by Chuck Colbert
At a time when some LGBT media outlets are cutting back, South Florida Gay News (SFGN) has launched a new print publication, Wilton Manors Gazette, a hometown community newspaper.
“A lot of community newspapers cover the different municipalities throughout South Florida,” said Jason Parsley, associate publisher of SFGN and the Gazette, during a recent telephone interview. “But Wilton Manors did not have its own, and we saw that as an opportunity for us, based here. It was a natural fit because a large part of our readership is based in Wilton Manors.” 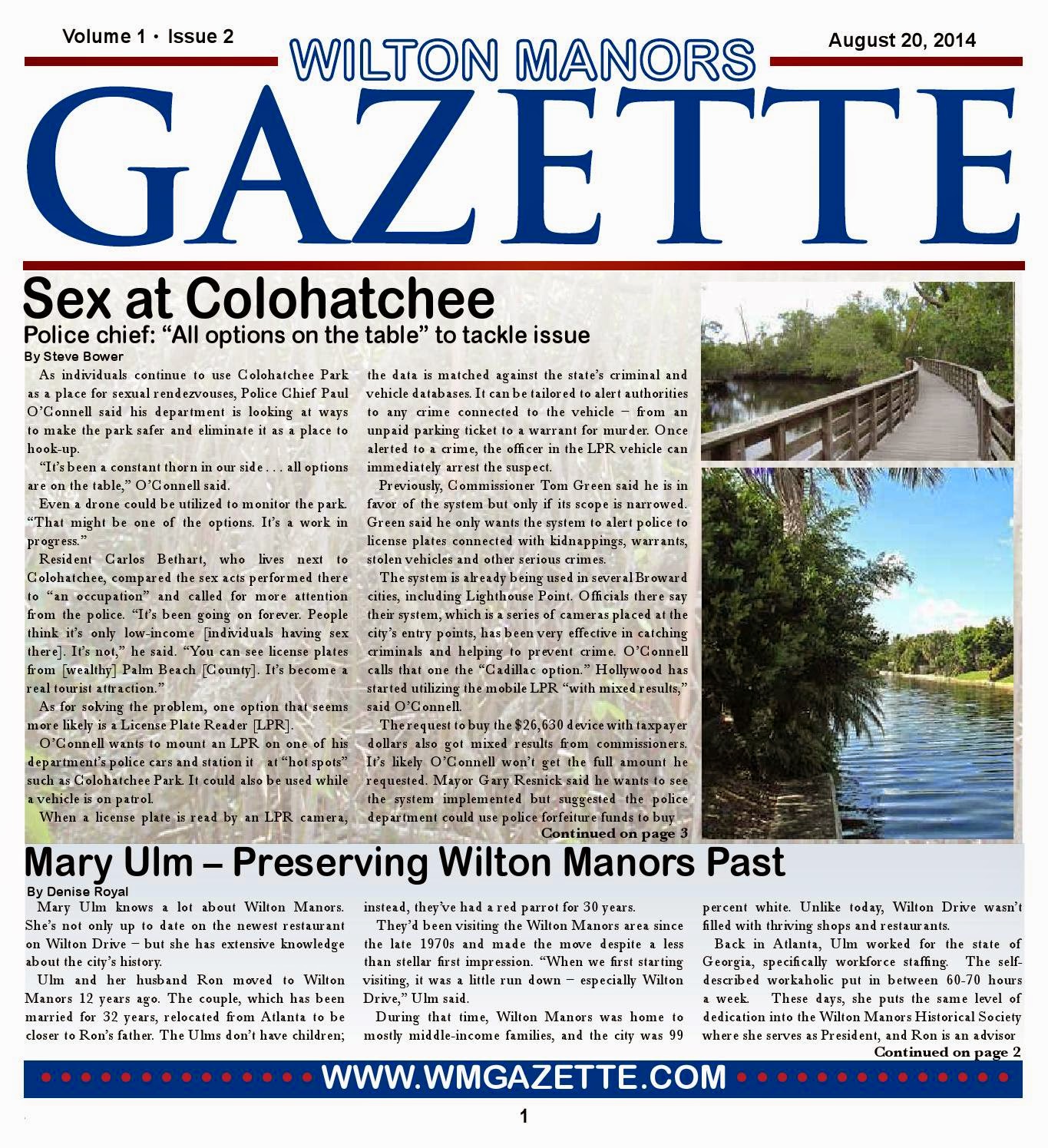 Launching the Gazette, said Parsley, also derives from the success of SFGN’s supplement publications, namely a “Bars and Club Guide,” “Best of Issue,” and “Guide to the Drive,” which, in fun-map brochure format, is a directory of every business in Wilton Manors.” (Wilton Drive is the main street in the city.)
Parsley said that the supplements provide SFGN opportunities for both editorial content as well as new revenue streams.
Wilton Manors, located in Broward County, is a city with nearly 12,000 people, according to the 2010 Census. It ranks near the top for the most per capita gay couples, according to the Census. With 140 per 1,000, Wilton Manors is second only to Provincetown, Mass., which has 148 same-sex households per 1,000.
The Gazette is not a gay publication per se. Its focus is “hyper local mainstream content that would be of interest to the gay people who live in Wilton Manors and the broader straight community,” Parsley explained.
Publisher Norm Kent put it this way in an August 6 editorial, the Gazette’s inaugural issue:
“There is no question that Wilton Manors has a wealth of gay news in it, but it also has a plethora of straight lives, families and businesses supporting growing commerce and communities, integrating and enhancing population cores. We think there is enough growth to publish a twice-a-month newspaper focusing and highlighting not just our diversity, but the breadth and depth of our activities and accomplishments. So whether you are interested in country square-dancing or city zoning and planning, there’s a good chance the Gazette will be here to tell you more about it, from our Green Market to our local and home grown dry cleaners.”
“This is the 21st century. You don’t have a straight community newspaper with a gay, youth, feminist or environmental insert.” Kent added in an email. “You have a gay paper with a straight insert. So who is the minority now?”
Much of the Gazette’s content has focused on local government and news.  “We cover every city commission meeting and come out a week after that meeting every month,” said Parsley.
Other content includes a calendar of events and a “Humans of Wilton Manors” section, modeled after “Humans of New York.”
“A photographer goes out and takes photos of random people and asks them a question,” Parsley said. The short answers help to fill in each photo’s caption. The overall aim of the section is to capture the diversity of the local community. “Humans of Wilton Manors” is also posted online.
Parsley said he is also looking to build up columns and is looking to do lighter features and business profiles.
Even with a mainstream content focus, one recent story was gay-specific, with the Gazette covering the recent release of the Human Rights Campaign’s Municipal Equality Index, which rates how municipalities treat LGBT employees and how the public officials relate to LGBT residents.
“HRC rated us 100 [percent], but over the summer we were at risk of being ranked 80,” said Parsley. “The city worked out the issues and we were able to raise the score.”
Distributed through out South Florida, SFGN is a weekly publication with a print run of 10,000 copies and an average page-count ranging between 48-56. The eight-page Gazette is included in SFGN and is available as a stand-alone publication (1,000 copies) in Wilton Manors. The Gazette is published twice a month.
IN THE NEWS
Volume 16
Issue 9